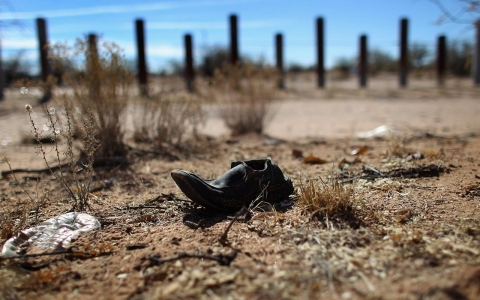 Hello my dears. Welcome to my first review on Over My Read Body! I’ve been planning this one for weeks and weeks, trying to come up with a coherent way of reviewing it, when all I wanted to say initially was iasudfrgfbnvlidsjfvnlkjdsfnvlkdjfvnslkjdvnf! American Dirt by Jeanine Cummins, in short, has firmly placed itself in my top 3 books of all time. OF ALL TIME. Now, lucky for you lovely lot, I’ve held out on posting this review for a little while, knowing publication wasn’t until the end of January, but here we are! It is the middle of the month and the books hits the shelves in just 7 days time!

*  Thank you to Tinder Press for sending me a gifted copy of this book in return for an honest review. 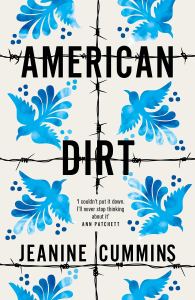 Synopsis:
Lydia Quixano Perez lives in the Mexican city of Acapulco. She runs a bookstore. She has a son, Luca, the love of her life, and a wonderful husband who is a journalist. And while there are cracks beginning to show in Acapulco because of the drug cartels, her life is, by and large, fairly comfortable.

Even though she knows they’ll never sell, Lydia stocks some of her all-time favourite books in her store. And then one day a man enters the shop to browse and comes up to the register with four books he would like to buy–two of them her favourites. Javier is erudite. He is charming. And, unbeknownst to Lydia, he is the jefe of the newest drug cartel that has gruesomely taken over the city. When Lydia’s husband’s tell-all profile of Javier is published, none of their lives will ever be the same.

Because fear and corruption work in tandem to censor the people who might otherwise discover the clues that would point to justice.

Okay, settle in, it is time for me to review this book and give it justice.

From the very first paragraph, I was completely and utterly invested in the characters and the treacherous journey they have to unexpectedly face and by the end I felt so connected to them that I sobbed when the story had concluded.

American Dirt is a dual perspective novel that does exactly as it intends too. The stark difference between the innocence of a child at the very beginning and a woman that has just had almost all of her entire family wiped out in one go is immense and brutal. Both Lydia and Luca have distinct voices that captivate the reader from the off. We watch as Lydia grows into a woman with the determination of a woman possessed with the desperate need to protect her son – the only family she has left, and as Luca slowly loses his innocence and becomes stronger than his mother could ever have imagined him being.

Jeanine has managed to craft a superb novel with commentary on the decline of tourism is Acapulco that coincided with the rise in gang influence and violence. Once a tourist trap, it is now has the second highest murder rate in the world. A quick google search revealed just how dangerous it is. I will add here that there area couple of gut-wrenching descriptions of murders, but in the context, it is necessary without being gratuitous in any way. It is also a commentary on the refugee experience that most of us will (thankfully) never have.

It is painfully current and draws attention to the plight that hundreds of people face every year, many of whom don’t make it alive. On this flip side of this, there are glimmers of hope. Lydia and Luca meet two sisters along the way and together they form a bond that is unbreakable.  Although fiction, I have no doubt that this story echo’s the lives of many, both past present and future.

Outside the window he hears Mami’s tentative footsteps, the soft scuff of her shoe through the remnants of something broken. A solitary gasp, too windy to be called a sob. Then a quickening of sound as she crosses the patio with purpose, depresses the keys on her phone. When she speaks, her voice has a stretched quality that Luca has never heard before, high and tight in the back of her throat.

I’ve sneakily copied this from it’s Goodreads page, because despite sitting on this book for a while, I still don’t feel like I can do it justice: Already being hailed as “a Grapes of Wrath for our times” and “a new American classic,” American Dirt is a rare exploration into the inner hearts of people willing to sacrifice everything for a glimmer of hope.

”As I travelled and researched, even the notion of the American dream began to feel proprietary. There’s a wonderful piece of graffiti on the border wall in Tijuana that became, for me, the engine of this whole endeavour. I photographed it and made it my computer wallpaper. Anytime I faltered or felt discouraged, I clicked back to my desktop and looked at it: ‘También de este lado hay sueños.’
“On this side, too, there are dreams.”

Has already been optioned for film, and I for one cannot wait to see what they do with it!

If you buy just one book this month, this year even, let it be this one. A new American classic that is brutally relevant that will generations and generations of readers will talk about for years to come.